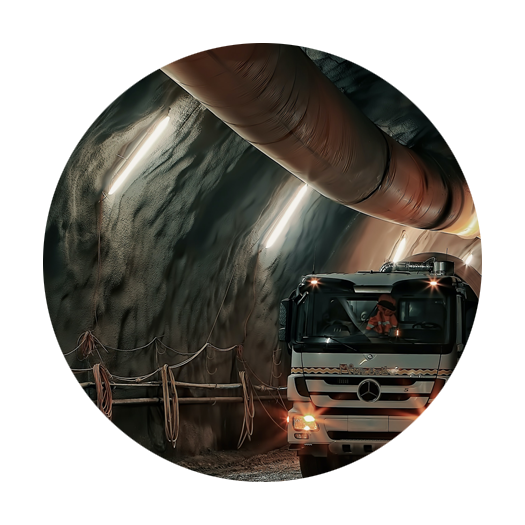 Definition:
Extractivism refers to the process of removing large quantities of raw or natural materials, particularly for export. Most extracted resources are exported abroad because there is a lack of demand for these raw materials in their country of origin.

History:
Extractivism, on a large scale, has been occurring for over 500 years. During the extended era while the West was colonizing Africa, Asia and the America’s, the extraction industry took off. At this time, colonizers exploited resources from their colonies to meet the demands of their home cities. The colonies typically specialized in the production and extraction of the raw materials while the colonizers manufactured the goods – the colonies were exporters and the colonizers were importers. Today, the industry remains largely unchanged in the shadows of decolonization. However, since then, extractivism has evolved in the wake of neo-liberal economic transitions to become a potential avenue for development to occur. This pattern has been termed “neo-extractivism”.

Neo-extractivism refers to a set of growth-oriented development paths. This transition to neo-liberal economies is rooted in a nation’s subordination to an emphasis on free trade. In contrast to older forms of extractivism, neo-extractivism regulates the allotment of resources and their revenue, pushes state-ownership of companies and raw materials, revises contracts, and raises export duties and taxes. Neo-extractivism has transformed the industry into a specific growth-oriented development path. This path involves three components. First, extracting the raw natural materials. Second, exporting these extracted raw materials. Third, using the revenue from these exports to improve living conditions for those in the countries where extraction occurs. Neo-extractivism has similarities to older forms of extractivism and exists in the realm of neo-colonialism.

Actors:
Transnational corporations (TNCs) are a primary actor in neo-extractivism. Originally, as TNCs began to explore raw material extraction in developing countries they were applauded for taking a risk to extract high-demand resources. TNCs were able to navigate their way into a position where they maintained large amounts of control over various extraction-based industries. This success is credited to the oftentimes weak governance structure of the resource dependent economies where extraction is taking place. Through complex arrangements and agreements, resources have slowly become denationalized. As a result of this, the government has taken a “hands-off” approach, awarding most of the control over resource enclaves and the social responsibility that accompanies them to TNCs. However, the government still plays an important role in leading development by determining which TNCs they allow to extract their resources and how thorough they are when it comes to enforcing certain standards of social responsibility.

Some resources that are obtained through extraction include but are not limited to gold, diamonds, oil, lumber and food. This occurs through techniques such as mining, drilling and deforestation. Resources are typically extracted from developing countries as a raw material. This means that it has not been processed or has been processed only slightly. These materials then travel elsewhere to be turned into goods that are for sale on the world market. An example of this would be gold that is mined as a raw mineral and later in the supply chain manufactured into jewelry.

Economic benefits:
Neo-extractivism is seen as an opportunity for successful development in many areas of the developing world. Demand for extracted resources on the global market has allowed this industry to expand. Since the year 2000, there has been a substantial rise in global demand and value for raw materials – this has contributed to steadily high prices.] Neo-extractivism has therefore been seen as a tool for economically advancing developing countries that are rich in natural resources by participating in this market.

It is argued that the emergence of this industry in the neo-liberal context has allowed extractivism to contribute to stabilizing growth rates, increasing direct foreign investment, diversifying local economies, expanding the middle class and reducing poverty. This is done by using surplus revenue to invest in development projects such as expanding social programs and infrastructure. Overall, extraction based economies are seen as long-term development projects that guarantee a robust economic foundation. It has created a new hegemonic order that closely intertwines with the dominant capitalist system of the world. The green economy has emerged as an economic model in response to the arising tensions between the economy and the environment. Extractivism is one of the many issues that exist at this intersection between the economy and the environment.

Environmental consequences:
One of the main consequences of extractivism is the toll that it takes on the natural environment. Due to the scale extraction takes place on, several renewable resources are becoming non-renewable. This means that the environment is incapable of renewing its resources as quickly as the rate they are extracted at. It is often falsely assumed that technological advancements will enable resources to renew more effectively and as a result make raw material extraction more sustainable. The environment often must compensate for overproduction driven by the need to maximize profits. Global climate change, soil depletion, loss of biodiversity and contamination of fresh water are some of the environmental issues that extractivism contributes to. As well, extraction produces large amounts of waste such as toxic chemicals and heavy metals that are difficult to dispose of properly. To what degree humans have a right to take from the environment for developmental purposes is a topic that continues to be debated.

Social impacts:
In addition to the environmental consequences of extractivism, social impacts arise as well. Local communities are often opposed to extractivism occurring. This is because it often uproots the communities or causes environmental impacts that will affect their quality of life. Indigenous communities tend to be particularly susceptible to the social impacts of extractivism. Indigenous peoples rely on their environment to sustain their lifestyles as well as connect with the land in spiritual ways. Extractivist policies and practices heavily destroy the land as explained above. This changes game populations, migration patterns for animals, pollutes rivers and much more. Doing so, does not allow Indigenous populations to practice their culture and ways of life because the environment they depend on to hunt, fish etc. is drastically changed.] In addition, this destruction hinders the practice of Indigenous culture and creation of knowledge making it more difficult for Indigenous individuals to pass down their traditions to future generations.

While employment opportunities are brought to local communities as a pillar of neo-extractivism projects, the conditions are often unsafe for workers. TNCs can take advantage of more lenient health and safety conditions in developing countries and pay inadequate wages in order to maximize their profits. As well, foreigners usually fill the highest paying managerial positions, leaving local community members to do the most labour intensive jobs. Frequently, the enclaves where extractivism occurs are distanced from government involvement, therefore allowing them to avoid being subjected to the enforcement of national laws to protect citizens. This can result in widespread human rights violations. It is argued that prolonged social transformation cannot thrive on export dependent extractivism alone therefore making neo-extractivism a potentially flawed development method on its own.]

Political implications:
Due to the fact that the state is a prominent actor in the extractivism process it has several political implications. It pushes the state into a position where they are one of the central actors involved in development when recent decades have seen a shift to civil society organizations. As well, the relationship between the State providing the natural resources and the TNCs extracting them can be politically complex sometimes leading to corruption.] Likewise, as a result of government involvement, this process as a development project becomes politicized. The increasing demand for raw materials also increases the likelihood of conflict breaking out over natural resources.

Extractivism near or on Indigenous land without the permission of Indigenous peoples begins to threaten the land based self-determination of Indigenous groups. Conflicts between Indigenous peoples, corporations and governments are occurring around the world. Because many of the extractivist practices take place where Indigenous communities are located, the conflicts are making these landscapes politicized and contested. The conflicts are driven because Indigenous lives are put in jeopardy when they are dispossessed, when they lose their livelihoods, when their water and land is polluted and the environment is commodified. Photos: open-pit mining, Canadian protest, deforestation.